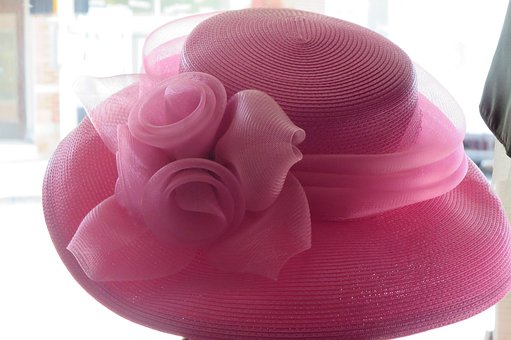 Time Magazine’s cover for its February 8th issue is a single, pink, knitted hat with the words”The Resistance Rises” written above it. An estimated 500,000 women wore pink hats at the Women’s March in Washington on January 21, 2017. Here are eight powerful reasons why you should wear a pink hat (and have a stand against sex and race discrimination in other ways).

1. We’re on the”bleeding edge” of changing gender roles. So much has changed and yet so much remains stuck in the nostalgia of another era. (Brigid Schulte, writer of Overwhelmed: Work, Love, and Play When No One Has the Time)

2. The hard-won rights for women and women that many of us take for granted could be snatched away. Culturally, those rights are very shallowly embedded. They have not been around that long, historically, and they aren’t fervently believed in by everyone in the culture.

3. We’re in new historical territory… Many countless horrified Americans have started to grasp that we can’t politely stand by watching lands, families and liberties get slashed beyond repair… politeness is no substitute for morality, and won’t save us in the end. We only get to decide who we are. As a writer and a person my bedrock is continuing hope for a better world than this one… (Barbara Kingsolver, American novelist, essayist, and poet, in an op-ed piece published in The Guardian)

4. We are here and around the world for a deep democracy that says we won’t be quiet, we will not be controlled, we will work for a world where all nations are connected. We are at one with each other. We’re looking at each other, not up. No more asking daddy. (Gloria Steinem at the Women’s March in Washington)

5. The Canadian Centre for Policy Alternatives (CCPA) says that based on the tiny incremental changes Canada has made in gender equality at the senior management level over the last 20 years, it is going to take 228 years to close the gender gap in Canada. (I don’t know what the data is in the U.S. but it’s likely similar.)

6. A 2015 study from LeanIn.Org and McKinsey & Company looked at data on advertising and attrition rates (as well as other facets ) in 118 different businesses. Researchers found that across all organizational levels women are 15% less likely than men to have promoted. Black, Hispanic, and Asian women are 43 percent more interested in becoming a top executive compared to white women and 16% more interested than white men, but in a 2016″Women in the Workplace” study, researchers found that only 3% of those occupying the C-Suite are women of colour.

7. Women face sexual harassment at work and they experience difficulties when they come forward. For each woman who complains, there are still many more women who have left jobs, been demoted, or continue to be abused or harassed in the work area.

After working in education for 28 years, I have concluded that there is no such thing as a meritocracy, there’s absolutely no level playing field for women in regards to getting promoted to senior leadership positions, and the glass ceiling is alive and well in North America and in other parts of the world. Gender equality has not been completely achieved and women’s rights initiatives and quotas are entirely relevant and even essential in today’s world.

Studies have identified that common barriers to women who try to attain senior leadership positions are traditional, patriarchal cultures, and perceived male dominance of direction, but no uniform”glass” or”concrete” ceilings emerge because they aren’t consistent across societies or cultures, nor are they homogenous within each society or culture.

The barriers experienced by women depend on religious and cultural beliefs and values, emotional dimensions, socio-economic and political factors.  Not Squirrel Poop.